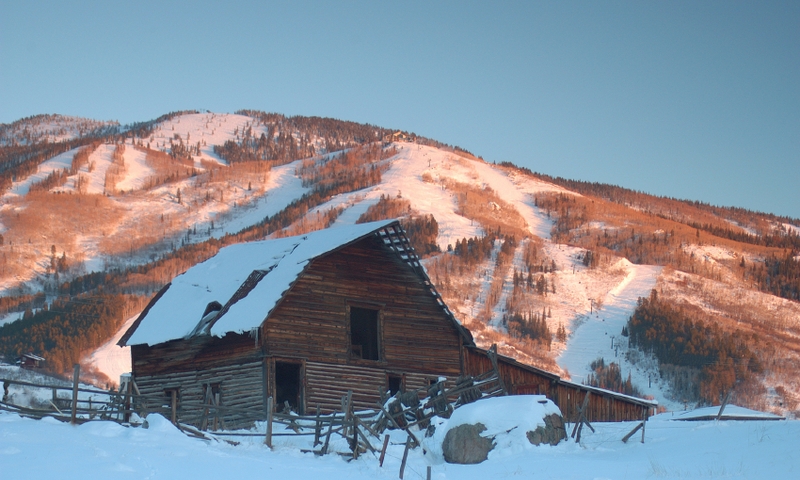 The city of Steamboat Springs is a result of a popular tourist town created out of a curse.

As folklore states, the Yampa Valley area was reportedly cursed by a local Ute tribal leader forcing those who come to the valley to forever remain. Despite the reported curse, tourists and locals alike continue to frequent Steamboat Springs for its numerous outdoor activities in all seasons and the natural beauty.

1875
Steamboat Springs first official settler James Crawford arrived in the area with his family. Despite the Ute Indians using the area as their summer hunting grounds for years prior to Crawford's arrival, the families presence led to impending settlement of others.

1880
The Indian population was removed following the battle of Mill Creek.

1885
Five other families had joined the Crawford's. The Steamboat Pilot newspaper has also been printed weekly since 1885.

1909
The train entered Steamboat. This allowed travelers to predominantly travel the country in search of hot baths and mineral springs. Historically, the Ute Indians settled the area for the mineral springs while miners traveled approximately 30 miles to Hahn's Peak for the hot springs.

1914
Carl Howelson introduced ski jumping and subsequently launched the creation of the ski recreation industry in the area. The annual Winter Carnival held in Steamboat was also established in 1914.

Learn about the history and museums of Vail Colorado.